In the Historical city Bhaktapur, 2016 Kartik 19 B.S. has been marked as one of the most important date in terms of an education. The. . . 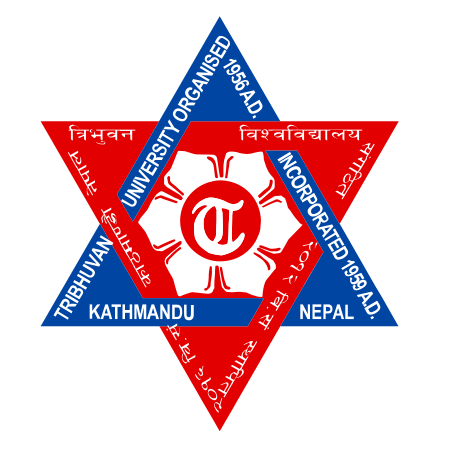 In the Historical city Bhaktapur, 2016 Kartik 19 B.S. has been marked as one of the most important date in terms of an education. The sole reason behind it was the establishment of Bhaktapur Multiple Campus which sparkled as the stepping stone of an education for the youngest city in Kathmandu Valley.

As we all know that the establishment of an educational institution in Rana Regime was mostly just in the paper and it’s a bitter truth. At that era, in Bhaktapur, there was just one school named Bhaktapur English School and one Sanskrit Pathshala and Kanya Pathshala as the learning center for an education. Bhaktapur English School was later changed to Shri Padhma High School in 2003 B.S. Mostly all the educational institutins used to be named after Rana Regime and Padhma High School was one among it. It was said that, there was not a single graduate in Bhaktapur around 2003 B.S.

From an ancient Era, Bhaktapur was mostly interested in Kalakaushal, TantraMantra and Religion, because of that it couldn’t progress in an Education and may be it was because Bhaktapur was considered and given importance as agricultural hub among brother cities in Kathmandu Valley. Business and Agriculture was the main specialization of Bhaktapur. Still then, there were a wise people interested in literature at era of Madhyakal. After 2003 B.S., Vidyarthi Niketan & Sharada School were established. After the fall of Rana Regime in 2007 B.S., people of Bhaktapur were still lacking the higher education and Kathmandu was only the option to get it for long years.

The urge of getting higher education was being stucked for people around here and finally the wait was over after long attempt to get it and in 2016 Kartik 19 B.S., Public College was granted permission for establishment for serving  the education up to intermediate level. This all was possible due to the participation of the then Samsad late Jagannath Acharya, Prof. Yaishwaryalal Pradhananga, magistrate Pushkarlal Maskey, Principal Chandra Bahadaur Shrestha, Sarbagybhakta Malla, Durgaprasad hada, and peoples & the students.  The college aid and trust committee was established under the chairmanship of the then magistrate Pushkarlal Maskey.

The college aid and trust committee was acting like the management committee and  it decided to run  5 specific subjects and on the auspicious day of 2016 kartik 19 B.S., Bhaktapur College was established. The following professors were appointed according to the specific sbjects:

After the establishment, the optimum progress of college were noticed and finally it got recognized as the Degree College after the harsh work done by both teachers and students. Degree College @ that era was of Bachelor Level. Around 73% percentile of students were able to clear the I.A. exam which was the among the best at that time and T.U. gave recognition as Degree College. It was also needed to get the recognition from Government level which was achieved. Chairman of the College was magistrate and Taraman Singh Swar.

In spite of all these things, economic condition of College was not up to the mark. Even though it was the first degree college in district , it was still lacking the progress in construction of the building. The college which was being run in the Padma high school’s building felt the necessity of  college’s self building for the smooth running. Hence, Donations were being collected from the generous people. Some professors also were generous enough to teach the students even though they didn’t receive the salary for the months. Professor used to come from Kathmandu but still they didn’t felt the hardships and continue teaching the students. In this time of excitement and struggle, some people also donated the Land which resulted in constructing the college building. The donations and helps collected from the local peoples is still remembered by this campus and will not be forgotten and is also proud of the all these people.

Edcational revolution was seen on the 2030 B.S. More than the analysis of  effect of  change in educational policy, this college remains as a campus. The educational progress was upgraded day by day. The campus building was constructed in front of the current day BhajyaPokhari in the total area of 51 Ropani, 11 aana. Bhaktapur Multiple Campus has successfully celebrated its silver jubilee on 2041 kartik 19 B.S. and it also succefully celebrated its Golden Jubilee on 2066 Kartik 19 B.S. It still is seeking the progress in construction of buildings. Though the progress is education in this campus is progressing, it is still seeking the physical infrastructure progress. This campus have introduced the study in many areas and sectors to produce the successful and caliber students.

To get the addmission on this college for Bsc.CSIT, You must have following criteria.

Studied A level must score at least D in all subjects and must study Physic and Mathematics.

If you passed on entrance examination conducted by TU then you can take admission on any college, if college have available seat.

You must login to submit your discussion. Click here to login.
0 Comments
Loading . . .
1959 AD
Established
Ask a Question