Mathematically, if f(n) describes the running time of an algorithm; f(n) is O(g(n)) if there exist positive constant C and n0 such that

n = used to give upper bound a function.
If a function is O(n), it is automatically O(n-square) as well. 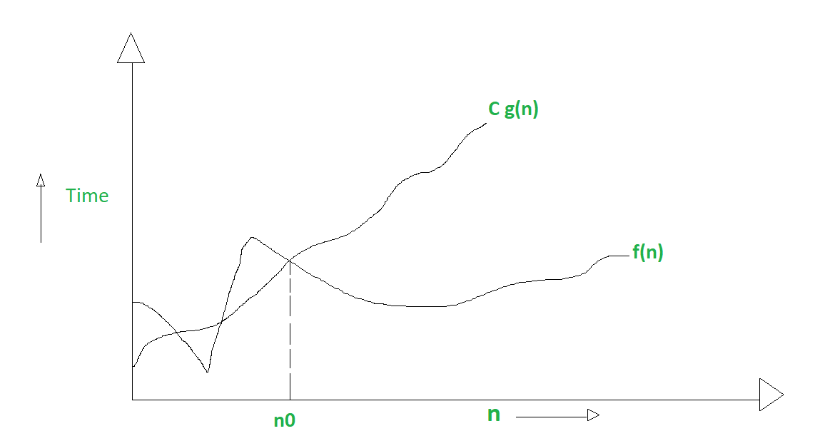 It is defined as a lower bound and the lower bound on an algorithm is the least amount of time required ( the most efficient way possible, in other words, the best case).

Let f(n) define the running time of an algorithm;

n = used to give a lower bound on a function

If a function is Ω(n-square) it is automatically Ω(n) as well. 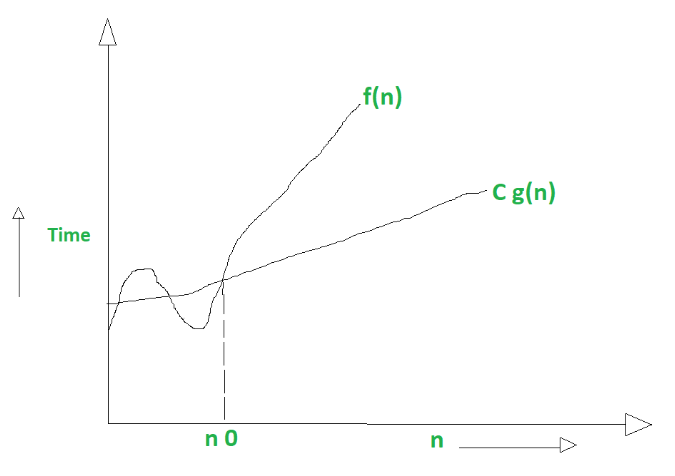 Merging both the equation, we get :

The equation simply means there exist positive constants C1 and C2 such that f(n) is a sandwich between C2 g(n) and C1g(n). 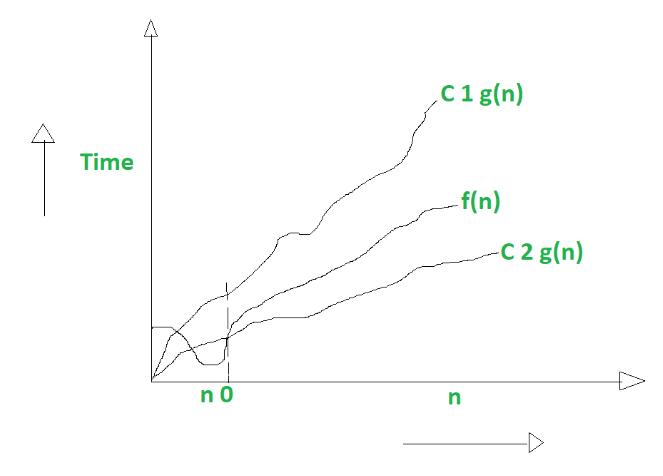