Carrier Sense Multiple Access with Collision Detection (CSMA/CD) is a network protocol for carrier transmission that operates in the Medium Access Control (MAC) layer. It senses or listens whether the shared channel for transmission is busy or not, and defers transmissions until the channel is free. The collision detection technology detects collisions by sensing transmissions from other stations. On detection of a collision, the station stops transmitting, sends a jam signal, and then waits for a random time interval before retransmission.

The algorithm of CSMA/CD is:

The algorithm of Collision Resolution is:

The following flowchart summarizes the algorithms: 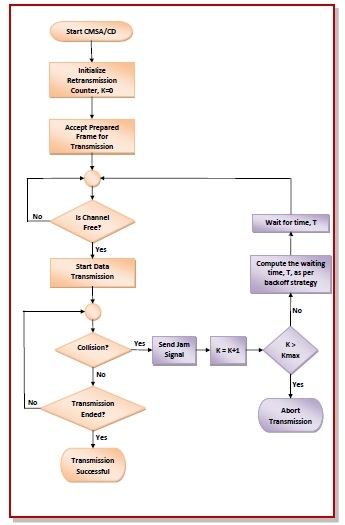