Explain in brief about software defined network? What are its features?

Software-defined networking (SDN) is an approach via which we take the control plane away from the switch and assign it to a centralized unit called the SDN controller. Hence, a network administrator can shape traffic via a centralized console without having to touch the individual switches. The data plane still resides in the switch and when a packet enters a switch, its forwarding activity is decided based on the entries of flow tables, which are pre-assigned by the controller. A flow table consists of match fields (like input port number and packet header) and instructions. The packet is first matched against the match fields of the flow table entries. 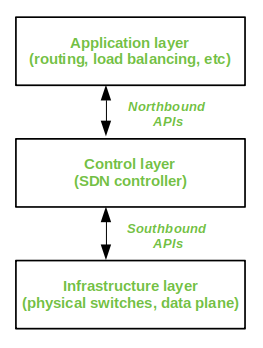