Write an algorithm for learning by Genetic Approach.

This flow chart outlines the main algorithmic steps. For details, see How the Genetic Algorithm Works. 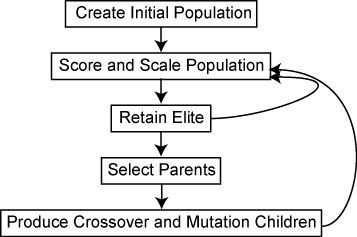 The genetic algorithm uses three main types of rules at each step to create the next generation from the current population: