There are three types of function:

A function is called one to one if for all elements a and b in A, if f(a) = f(b),then it must be the case that a = b. It never maps distinct elements of its domain to the same element of its co-domain. 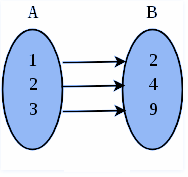 A function is called an onto function if each element in the co-domain has at least one pre – image in the domain. 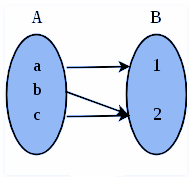 A function from A to B is one-to-one correspondence orbijective, if f is both injective(one-to-one) and surjective(onto). 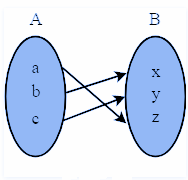