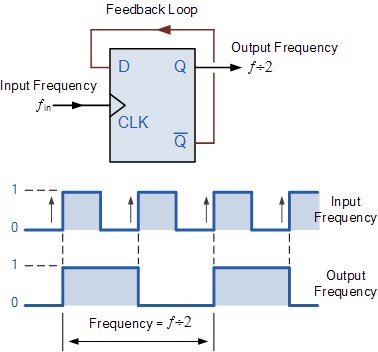 As you can see, the Frequency of Output (Q) and the feedback loop (~Q) is half of the input clock.

As I mentioned before, this circuit is a T_FF too. so the output will toggle in every cycle. (it will change between 0 & 1). 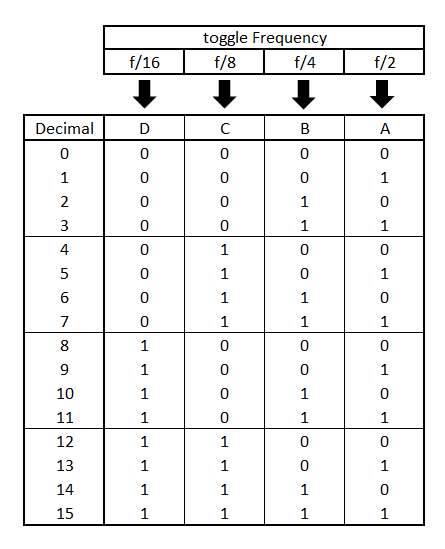 As you can see in the table above, the terminal A changes between 0 and 1 with a speed equivalent to f/2. So as Terminal B is 0, we have enough time to toggle.

As the Q’ of FF0 is connected to the clock input of FF1, then the clock input of second flip flop will become 1. This makes the output of FF1 to be high (i.e. Q1 = 1), which indicates the value 20. In this way the next clock pulse will make the Q0 to become high again.